Korumburra owes its origins and initial prosperity to coal mining. More than 2 thousand men mined 2 million tonnes of coal from the Korumburra coalfields from 1893 to 1962.  The mine at Coal Creek operated from the 1880s to the 1958, when operations ceased.

Many of the original miners cottages remain and have been restored, providing homes for families. As well, many of the original shopfronts still feature on the main thoroughfare, Commercial Street, giving the town a historical feel.

The town grew with waves of migration of European migrants. Antonio Radovick “Father of Korumburra” was a notable Croatian pioneer who contributed to the start and growth of Korumburra in the 1890s and 1900s.
Antonio built the first hotel in the town called the Korumburra Hotel (now known locally as “the Middle”) in 1890. The Korumburra Middle Hotel is located on the corner of Radovick Street and Commercial road.

In 2007 a “history tour map” was created highlighting historical features around the town.

The rail line which passes through the town will become an extension of the Great Southern Rail Trail. In 2019 the council announced a successful lease with VicTrack to secure use of the rail corridor from Leongatha to Nyora for 18 years. 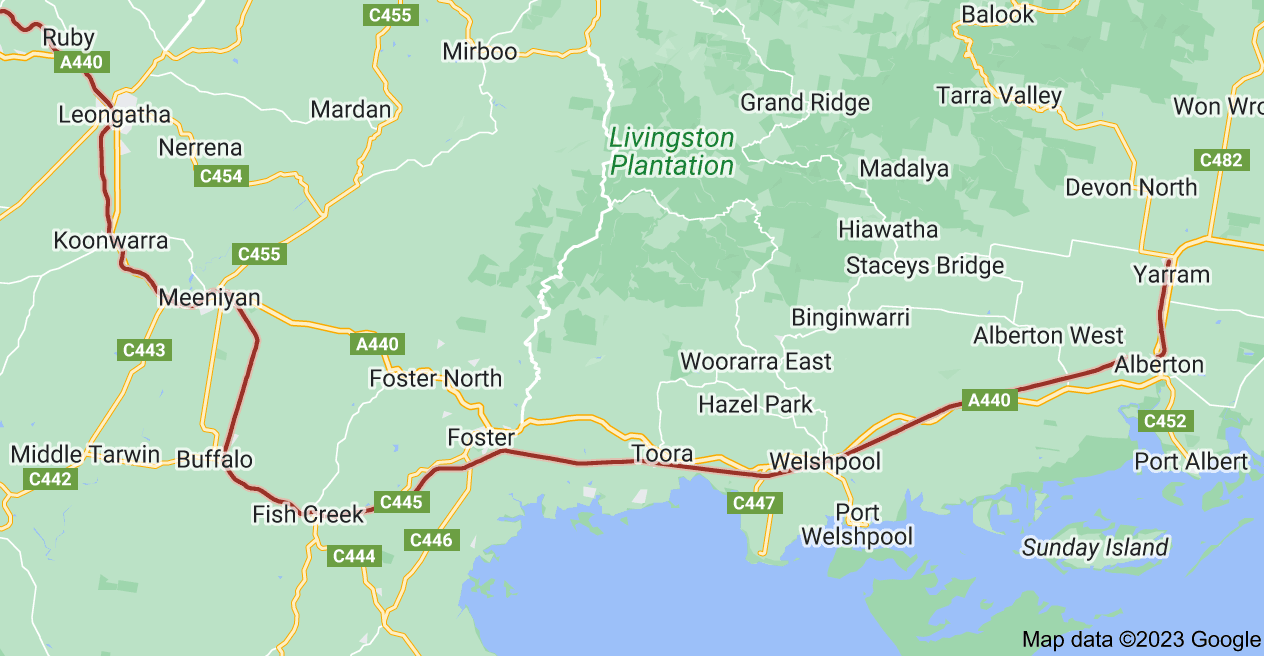 Working for the Community